Sorry! You missed Bob Marley - Comedian at Collins Center for the Arts

If you're happy to travel

You can catch Bob Marley - Comedian at Fox Theatre in Mashantucket, showing Feb 1, 2020 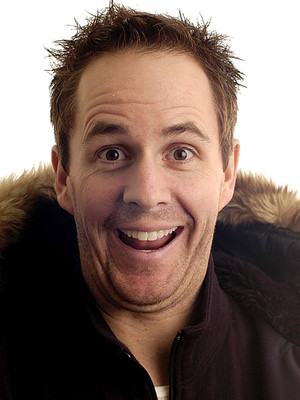 Alert me on return

Just to make it absolutely clear - this is the Maine-based comedian we're talking about here, not the late Jamaican reggae superstar, hence the photos. Robert Cochrane Marley Jr, to give his full name, focuses his material mainly on observations of his life in Maine and New England in general.

Marley is also a regular on comedy shows, hosts his own radio show in Portland, Maine and even appeared in 1999 crime movie The Boonedock Saints, and its sequel as a marginally competent police detective dealing with Boston mafia crime.

In 2010 Marley entered the Guinness Book of World Records with the longest continuous standup routine, completing 40 straight hours of standup comedy, the first 17 hours and 14 minutes without any repetition of material.

Sound good to you? Share this page on social media and let your friends know about Bob Marley - Comedian at Collins Center for the Arts.

Keep up to date

I want email news and updates for events in my area! Read how we protect your data.

You know the drill, websites need cookies to make them work. Details of how we do it here. Hello! It's probably obvious, but we need to let you know that we use cookies to enable us to run this website and for it to actually work! You can find lots more detail in our Cookie Policy.
Got it!